Kestrels Falco tinnunculus can be seen hovering over road verges and fields. They are one of many legally protected species. Their population is in decline and records of where they are seen are valuable to understand where they are still found in our region. You can find them in  a variety of habitats from farmland to urban areas as well as moorland and heath. Kestrels prefer open habitats, and typically do not favour dense woodlands or wetlands. They eat birds, insects, worms and small mammals. They have adapted well to towns, cities and can live well within them.

Identification: They are a little smaller than a pigeon. Males have a grey head and tail with a prominent black band, gingery-brown back and a creamy underside which is speckled with black. Females are similar, but with a more uniform brown back and dark bands on the tail. Their wingspan is 71- 80cm long.

The RSPB can provide more information on Kestrels and other birds of prey online.

Look out for our postcard surveys in local Ayrshire outlets. 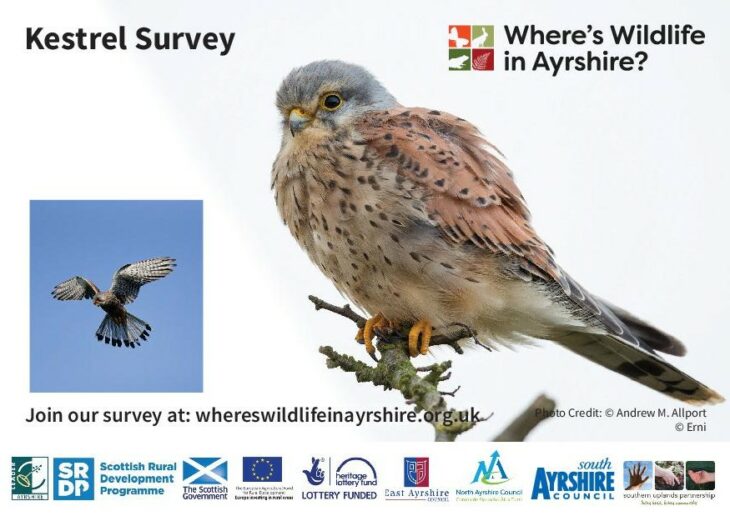 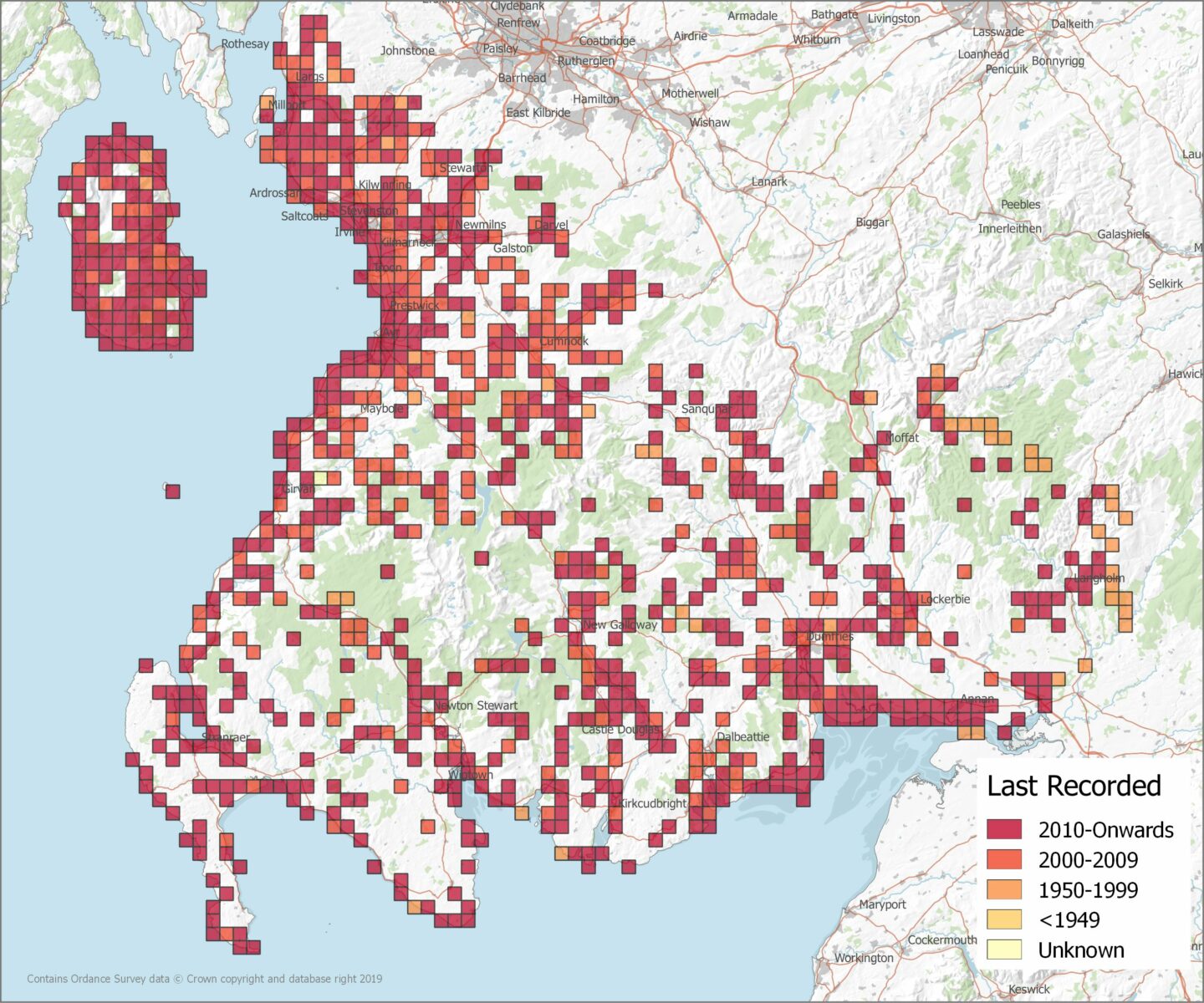 Have you seen a Kestrel? Please take part in our survey and put your records on the map…

Take part in the survey
Website by Red Paint